The Kasagiminnis Deposit is located 40km south-east of the Dorothy Deposit but forms part of the same regional mineralised system.

Previous owners of the two Gold Deposits completed non-JORC estimates at Dorothy and Dobie which combine to an historical estimate of 99,600 oz Au @ 5.7 g/t Au, down to less than 150m below surface (ASX release 2 August 2017): 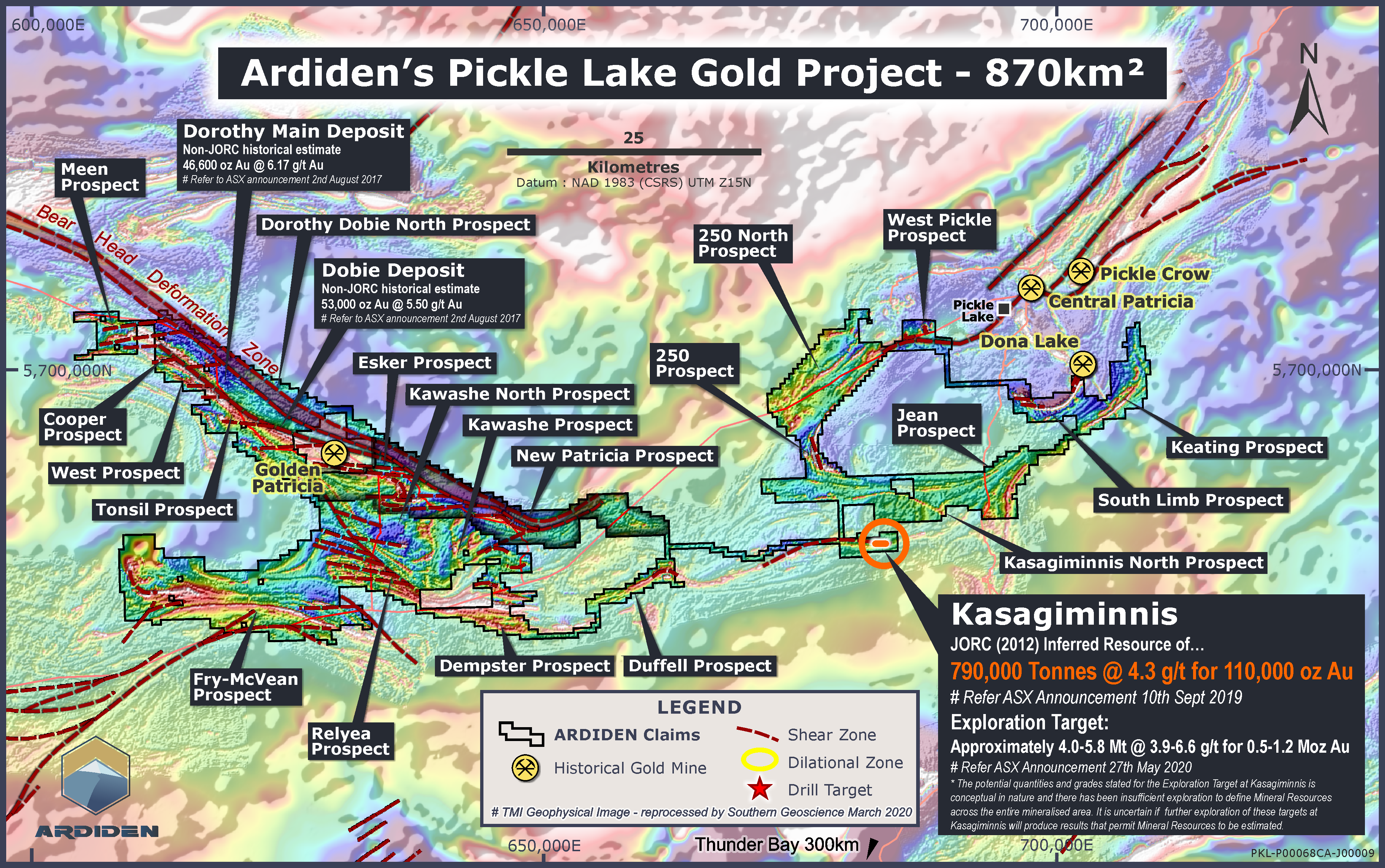 The Dorothy-Dobie mineralised zone represents a larger mineralised system than currently defined at Kasagiminnis, and the Company aims to implement modern airborne geophysical targeting along the trend ahead of groundwork and targeted drilling.

Gold mineralisation at Dorothy and Dobie occurs along a 20 km long north-westerly trend, along strike from the historical Golden Patricia mine, and includes the Meen, Cooper, West, Dorothy Main, Tonsil, Spike and Dobie Prospect zones. Mineralisation styles and host rocks vary, but all are structurally controlled. New ground geophysical datasets, notably magnetics and IP are being recovered and compiled from historical reports across the entire project. 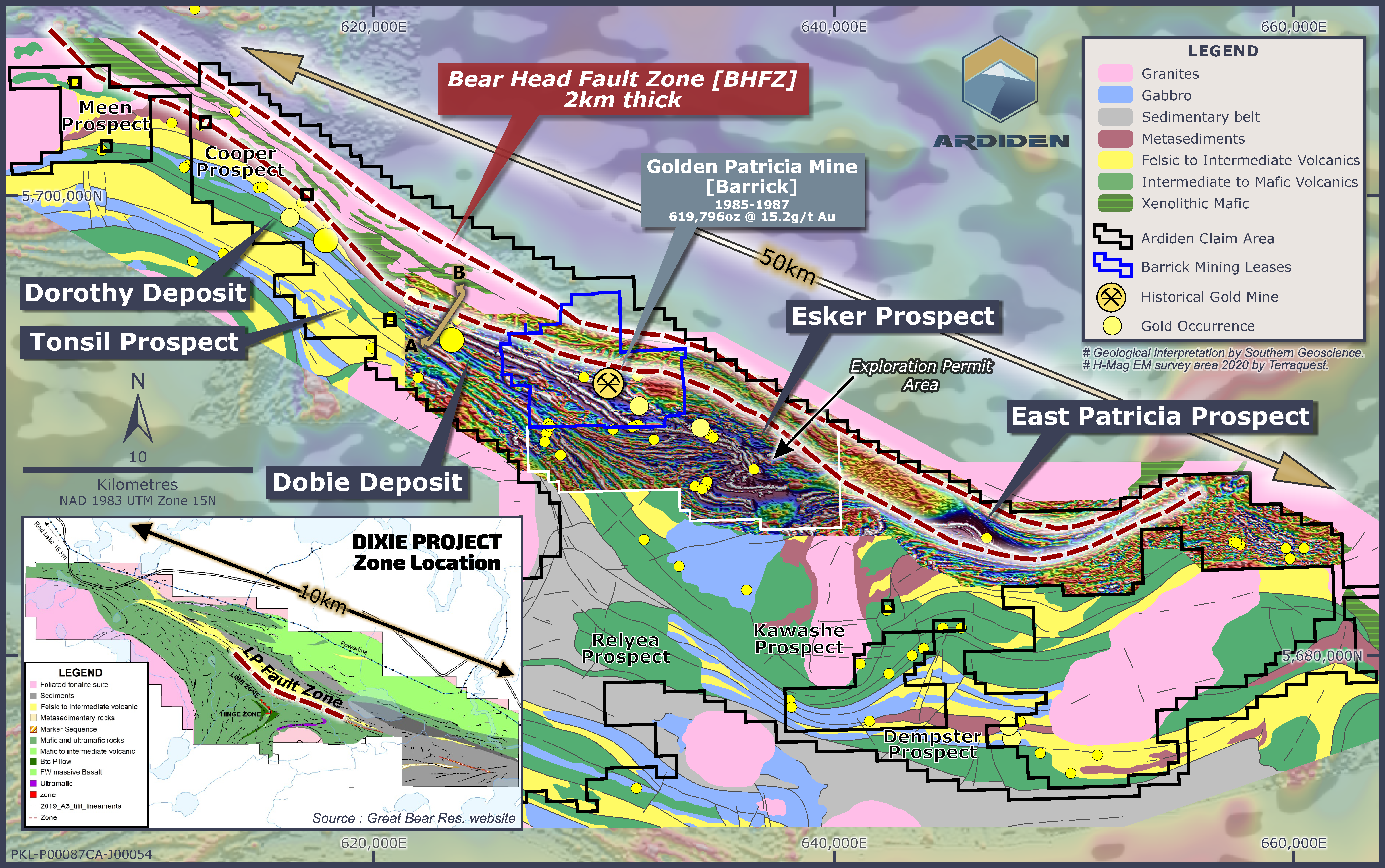 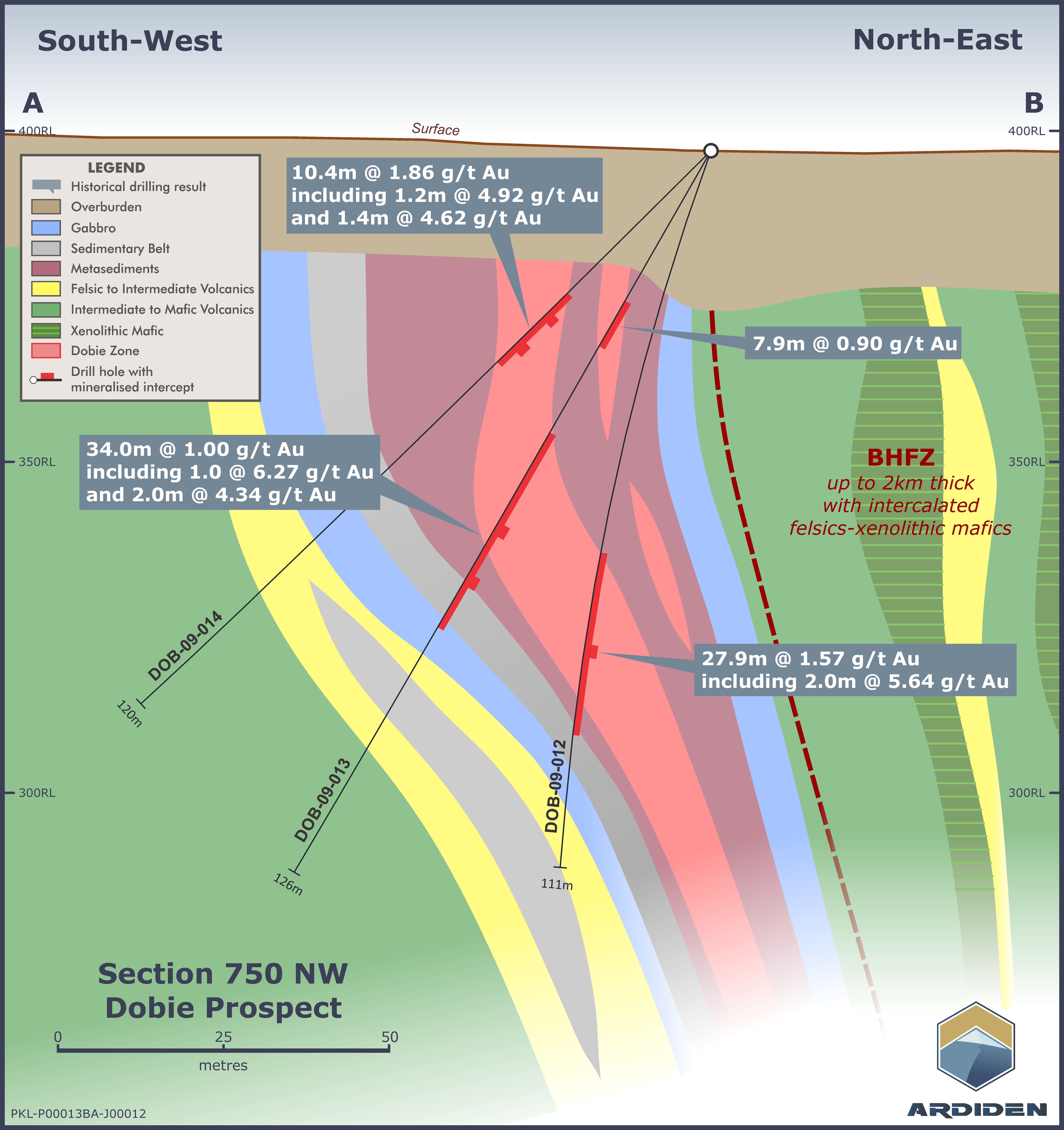